How to navigate the Merge Files option

This feature is meant to assist you in seamlessly adding containers from one BAPLIE file into another. This feature is handy when completing the stowage plan by allowing you to merge two sets of data into one.

Once the two files you wish to merge have been uploaded to baplieviewer.com, click the Management tab in the Function Menu on the left side of the screen and then select the Merge Files option. 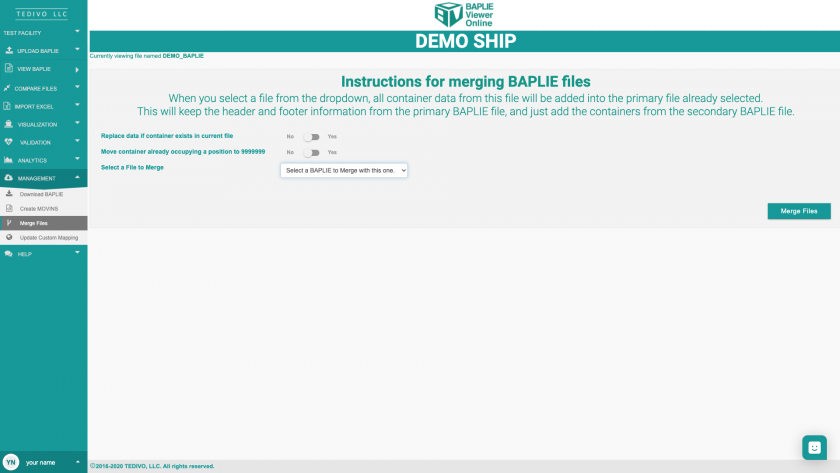 First, select how to handle any duplicate positions or containers using the following options:

With no options selected, it will result in the two files simply being merged together which could result in multiple containers in the same position, or the same container number appearing multiple times

Once you have chosen a secondary file from the dropdown list, the two files will be combined into a new file. The screen will update to confirm that the files have been merged, with a button to easily open and view the newly merged file. 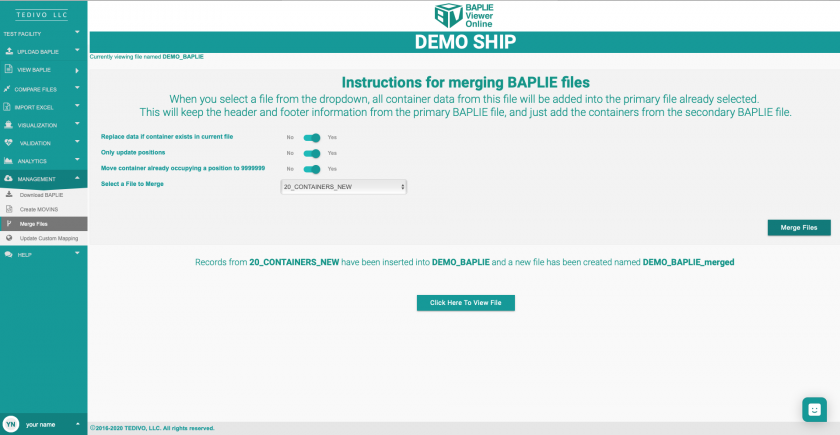